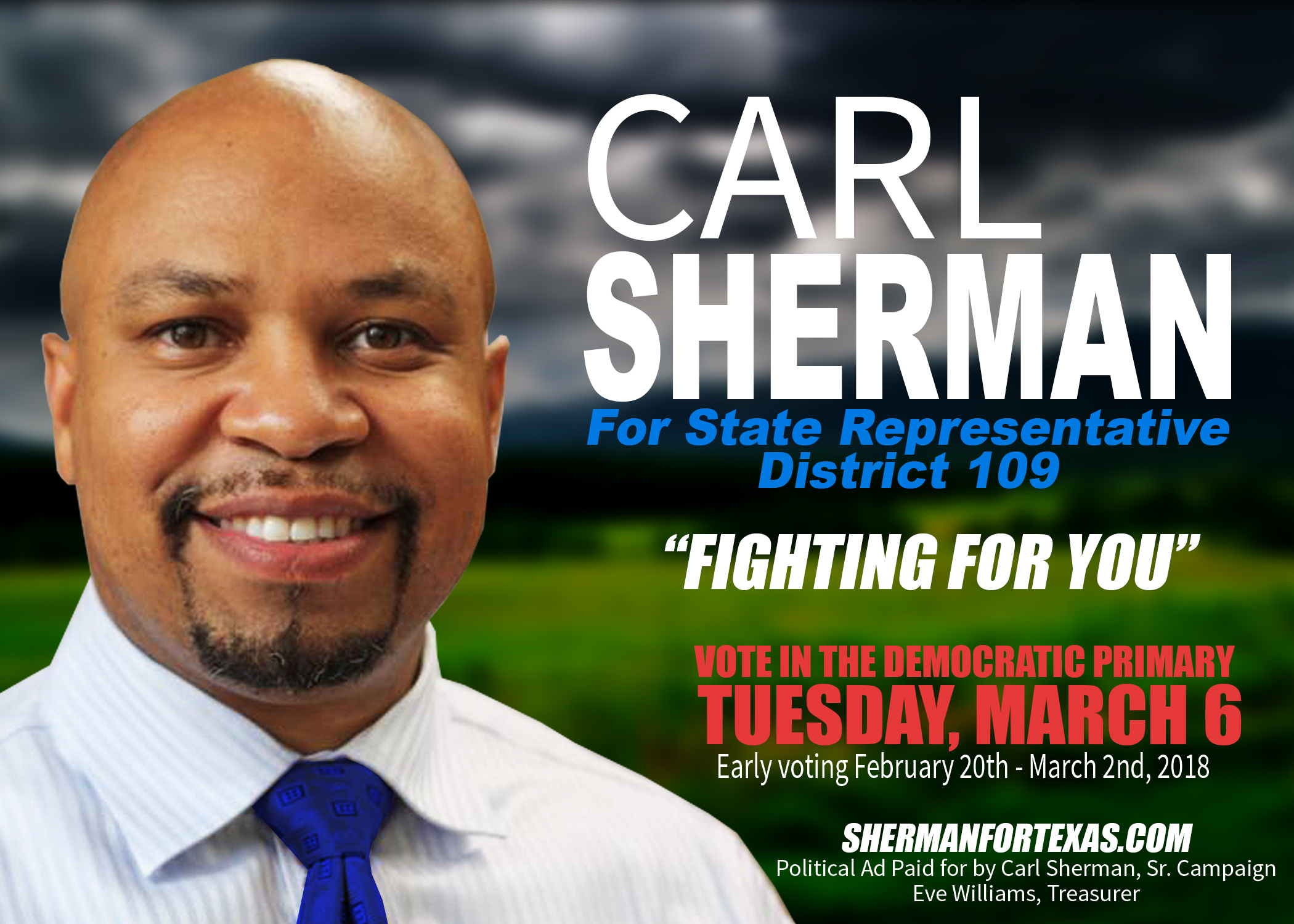 WHY: Mayor Sherman is prepared to earn every single vote in District 109. Learn more about this experienced candidate, his promise to District 109 and find out why District 109
leaders are supporting Mayor Sherman on his road to Austin to FIGHT FOR YOU!

Sorry, the comment form is closed at this time.